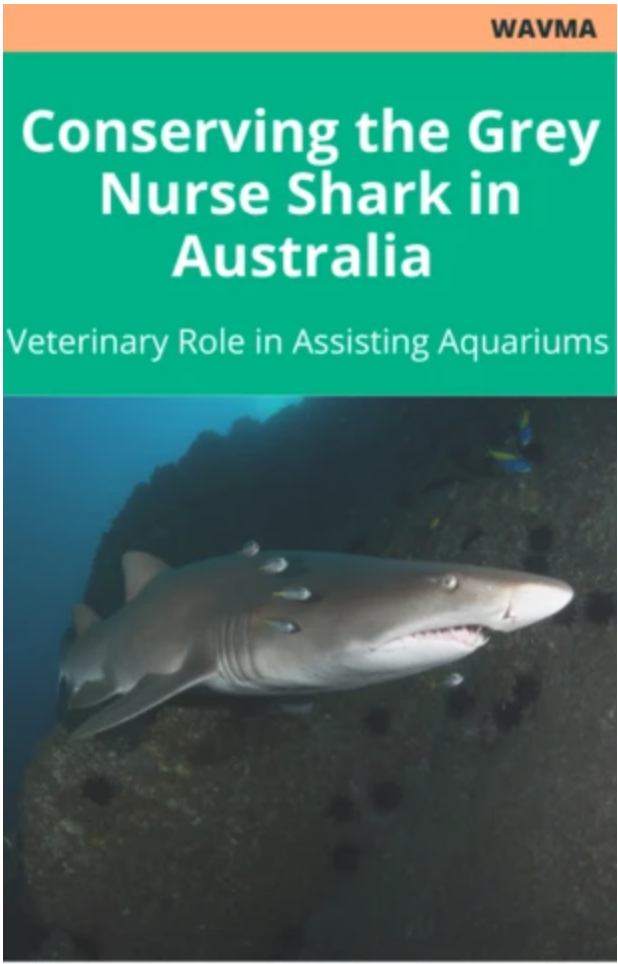 The grey nurse shark or sand tiger shark (Carcharias taurus) shark is critically endangered on the east coast of Australia. Population estimates are that there are less than 1500 remaining and that they will be extinct within twenty to thirty years. Amongst other things, ongoing losses occur because of the impact of fishing gear (both recreational and commercial) on these sharks.

As a result of the Federal Government Grey Nurse Recovery Plan in 2002, public aquariums were banned from taking the grey nurse sharks from the wild for display purposes. To resolve this issue and due to their poor reproduction history in captivity, research was commenced to improve the breeding success of the grey nurse shark and elasmobranchs in general.

As a greater emphasis is placed on self-sustaining elasmobranch populations, reproductive technologies will become an increasingly important component of aquarium breeding programs. Ongoing research at SEALIFE Melbourne Aquarium, Australia, and Dubai Aquarium and Underwater Zoo, United Arab Emirates, aims to create a basis for future use of reproductive technologies in elasmobranchs in aquaria worldwide.

Reproductive technologies have the potential to ensure sustainable captive populations of elasmobranchs, and to assist in the conservation of elasmobranch species in both the wild and captivity. The achievements to date as well as future areas of research will be discussed.

Acting under a permit issued by NSW Fisheries, the Manly SEALIFE Sanctuary and the Sydney SEALIFE Aquarium, with The Aquarium Vet, have now performed several rescues of grey nurse sharks at Magic Point just south of Sydney. Magic Point is an aggregation site for juvenile grey nurse sharks. These sharks have in most cases being affected by retained fishing gear. The first two rescued sharks have now been monitored or a period of eighteen months following their rescues. Both have thrived and grown, and have also travelled long distances from their rescue site, proving that this method of conservation works.