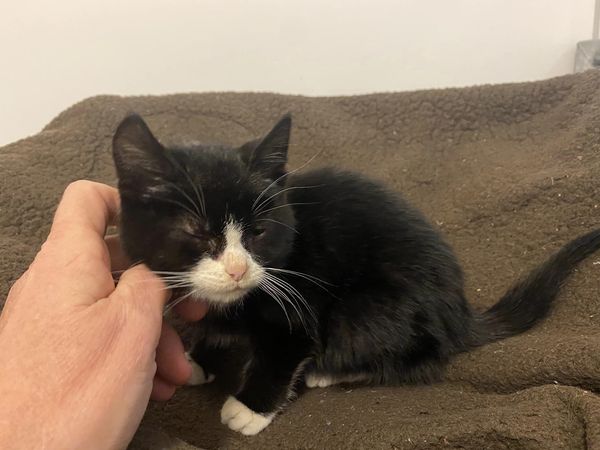 A kitten had an incredible 250 mile motorway journey when he hitched a ride under a lorry bonnet from Southampton and ended up in Merseyside.

The cheeky hitchhiker was found by the lorry driver as he made a delivery from Southampton to the Asda supermarket in Liscard and could hear his engine purring in a more unusual way than normal.

Workers at the store went to investigate and found the nine-week old black and white kitten covered in oil and very frightened but thankfully otherwise unscathed.

Rescuers named him Yorkie after the truckers’ favourite chocolate bar, and he was taken to a local vets where oil was cleaned from his fur and was then taken in by the  Wirral and Chester branch of the RSPCA and he is doing well in their care. 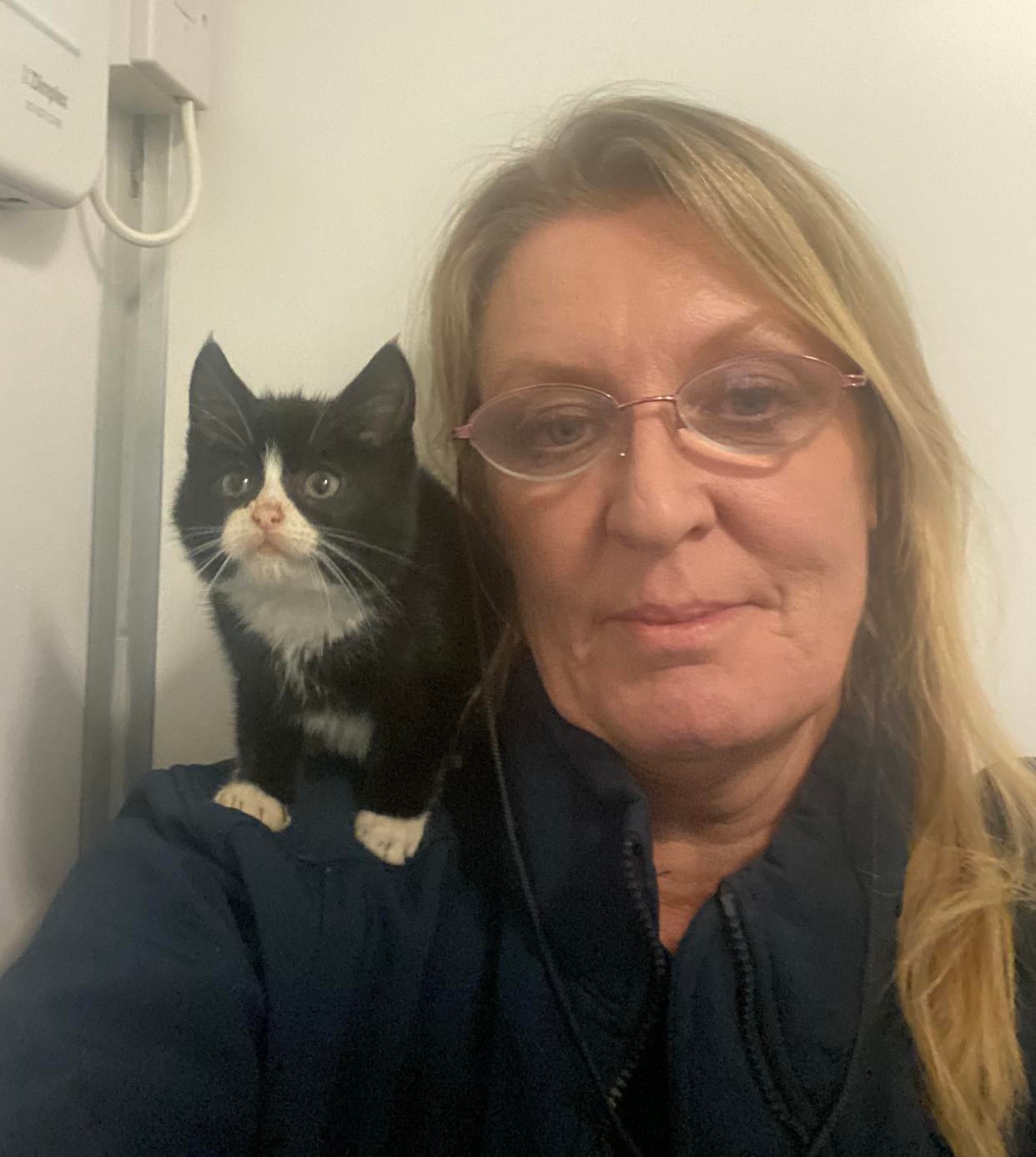 Kay Hawthorne, branch manager, said: “We can’t imagine how frightened Yorkie must have been traveling along the M6 at 60mph next to a big noisy engine for several hours. He was very lucky to survive such a dangerous trip.

“He has had quite a journey and we are really keen to find his owners. Sadly he isn’t microchipped so this won’t be an easy task so we are hoping someone recognises him and can be returned home.

“He is a very friendly and loveable boy and is so small – he only weighs 700 grams – he is certainly enjoying plenty of love and attention.” 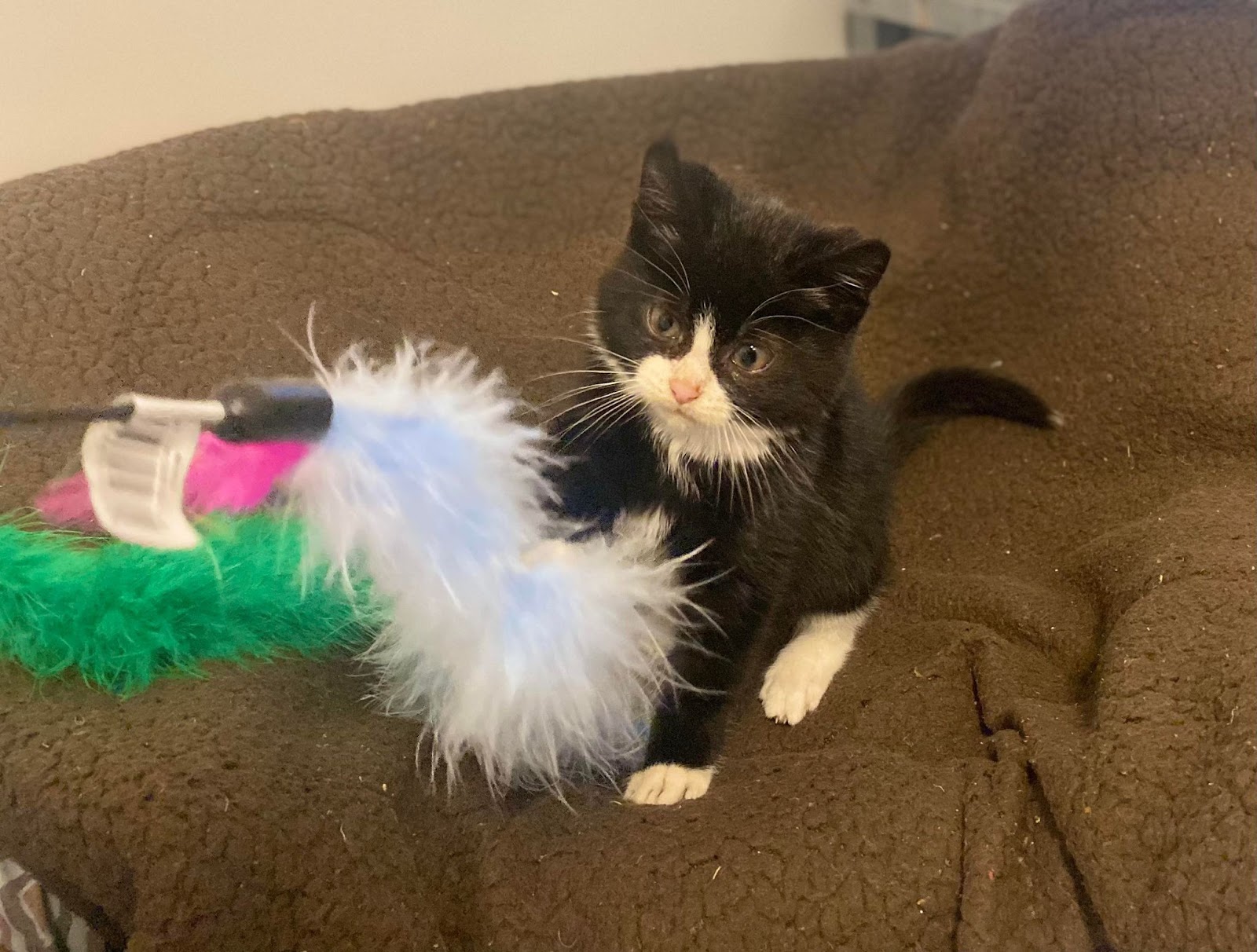 The RSPCA rescues thousands of cats who have become trapped.  At this time of year when the weather plummets it’s not uncommon for cats to curl up under car bonnets next to a warm engine

Kay added: “We’d always urge motorists to take some simple steps to make sure there are no intrepid moggies seeking shelter under their car before they switch on their engines and drive away.

“A quick look under the car and a tap on the bonnet should help to reveal a hiding cat. Make sure to wait a few moments to give any cat time to crawl out before deciding if it’s safe to switch on the engine.

“Often cats will be able to crawl out themselves but sometimes something may scare them or they may snuggle into a very tight spot within the vehicle and then become trapped under the bonnet.

“Yorkie’s adventure also shows the importance of microchipping and the RSPCA advises all owners to microchip their pets so as to offer the best chance of them being identified and returned if lost.” 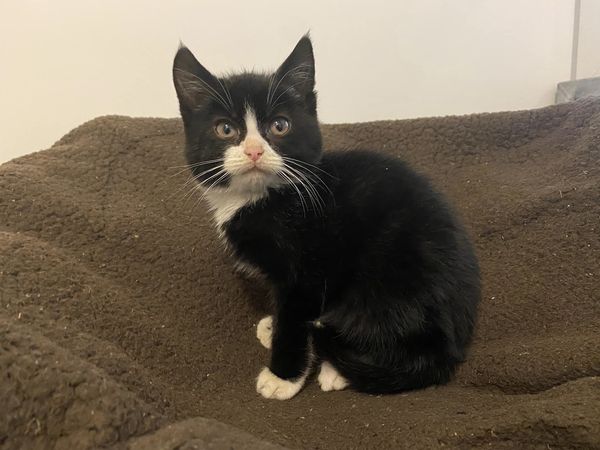 This incident highlights the important work the animal welfare charity undertakes which is why it has launched its Christmas appeal to help raise funds so our frontline rescuers can keep saving and caring for animals in need like Yorkie and are urging the public to support this.

To Join the Winter Rescue and help our rescuers be there for the animals in need, please visit our web page here.