RSPCA reminds owners of responsibilities after kittens dumped in Leeds

The RSPCA is again urging people to seek help if they cannot care for their pets because of the cost of living crisis after three kittens were abandoned in Leeds.

The two males and a female were discovered in a cardboard box lying in a refuse skip by a resident at Stanks Gardens in Leeds. 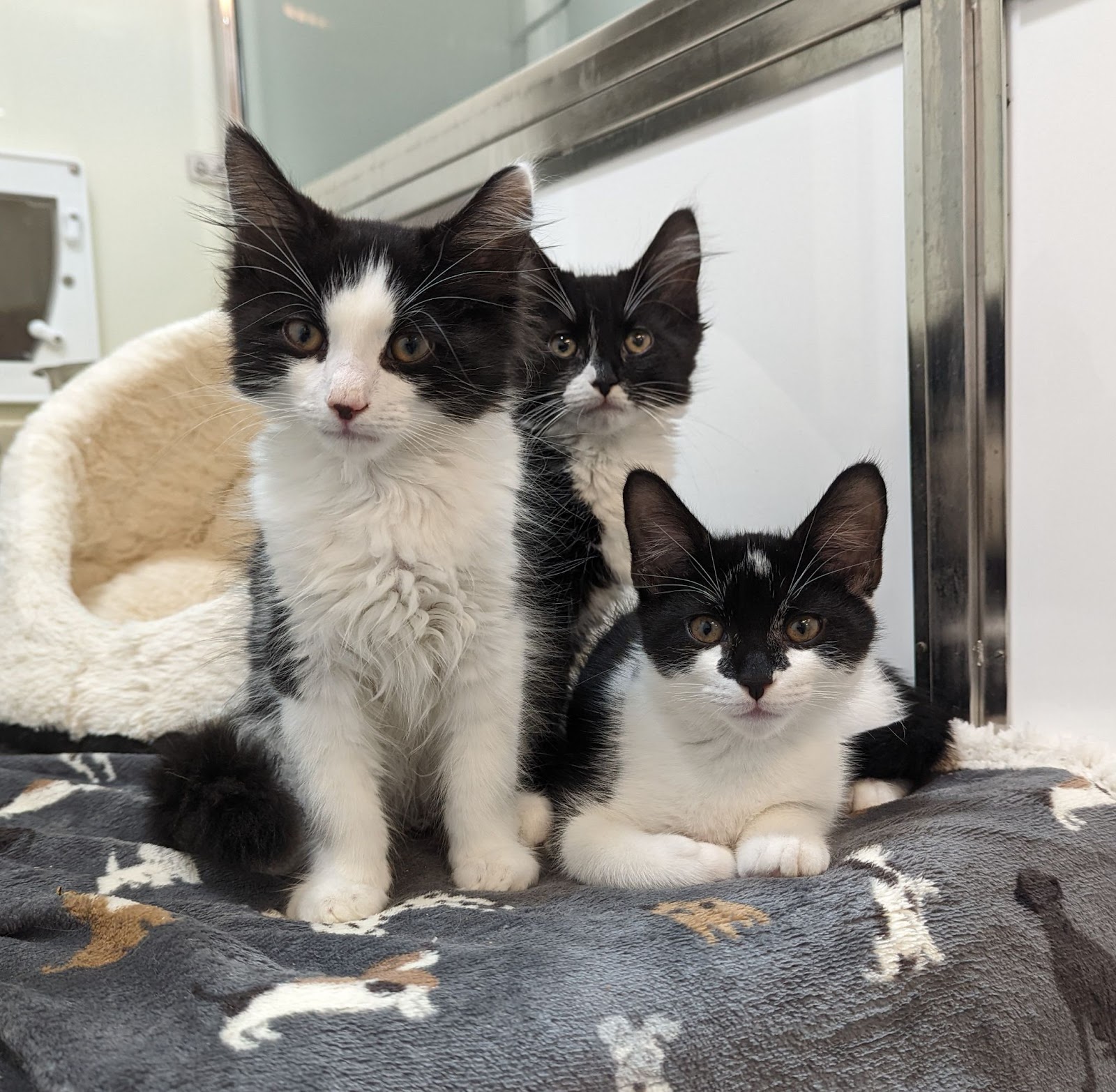 Despite their ordeal, fortunately, they were all unharmed and are now safe and well in the care of the RSPCA, whose staff have named them Hop, Skip and Jump.

The black and white felines were not microchipped and will be rehomed in due course. However, the charity says the pressures placed on it by unwanted cats can be lessened if people spent some time researching the true cost of pet ownership.

Worryingly, the RSPCA’s new Animal Kindness Index found 19 percent of pet owners are worried about feeding their pets amid cost of living pressures.

The latest abandonment comes as the RSPCA has launched its Cancel Out Cruelty fund-raising campaign to help more animals in need during the summer – when it sees a rise of animal cruelty with 245 reports every day.

RSPCA inspector Kris Walker, who went to rescue the kittens, said: “Fortunately, it didn’t look like they had been in the skip for that long. These very pretty kittens were in a healthy condition and it is a shame that someone has chosen to abandon them.

“They could easily have not been found and had they been younger they may not have survived their ordeal. As we bid to Cancel Out Cruelty this summer, abandonments like this really need to stop.

“If people are having difficulties with the costs of keeping cats then we would urge them to seek help. No-one should be in a position where they consider that abandoning their pets is the only way forward.”

The three siblings, who are around four months old, are now available for adoption from RSPCA Halifax, Huddersfield and Bradford Branch after they were rescued on July 14.

For those who find themselves struggling with the financial burden of looking after their pets or for whatever reason are unable to continue to look after them, there are many reputable animal charities that can offer help and advice.

The RSPCA would encourage everybody in a difficult situation to seek support and information which is available on the charity’s website.

The RSPCA received 1,081,018 calls to its Cruelty Line in 2021 and these included reports of 38,087 abandonments, which equates to more than 100 animals abandoned every day.

RSPCA frontline teams are working hard to rescue animals in need this summer but they can’t do it alone – they need your help to Cancel Out Cruelty. To adopt a rescue animal, visit: www.rspca.org.uk/findapet

To help the RSPCA continue rescuing, rehabilitating and rehoming animals in desperate need of care please visit our website or call our donation line on 0300 123 8181.